Over the years the airport office has compiled a collection of historical articles, pictures, drawings, and documents. There are over 300 original blueprints and reprints from the 1940s and many are in excellent condition. There are also over 230 scanned Arlington Times articles, a complete electronic collection of the Navy’s newsletter titled “Skylines,” and several aerial and building photographs. From this collection, nine history signs were designed and will be placed along the airport trail (in December 2008) to tell the history of the airport. Stop by the airport office to view all nine signs. 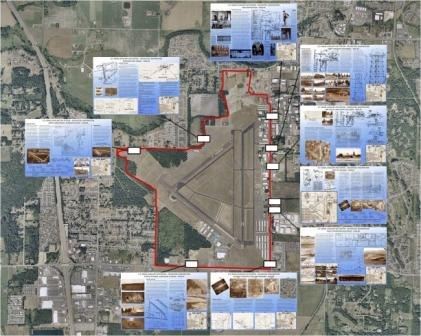