Outdoor fires are banned in most areas in Snohomish counties. Fines for illegal fires typically start at $2,000 plus the cost to reimburse the fire department for their response efforts. In Arlington, it’s always illegal to:

The following may be allowed under certain circumstances:

Recreational fires are defined as cooking fires and charcoal barbecues, campfires and bonfires in designated areas or on private property for cooking, pleasure or ceremonial purposes. Fires lit in chimineas, fire pits, fire bowls and similar free-standing devices (except burn barrels) fall under this definition. They are allowed in both urbanized and unincorporated areas. 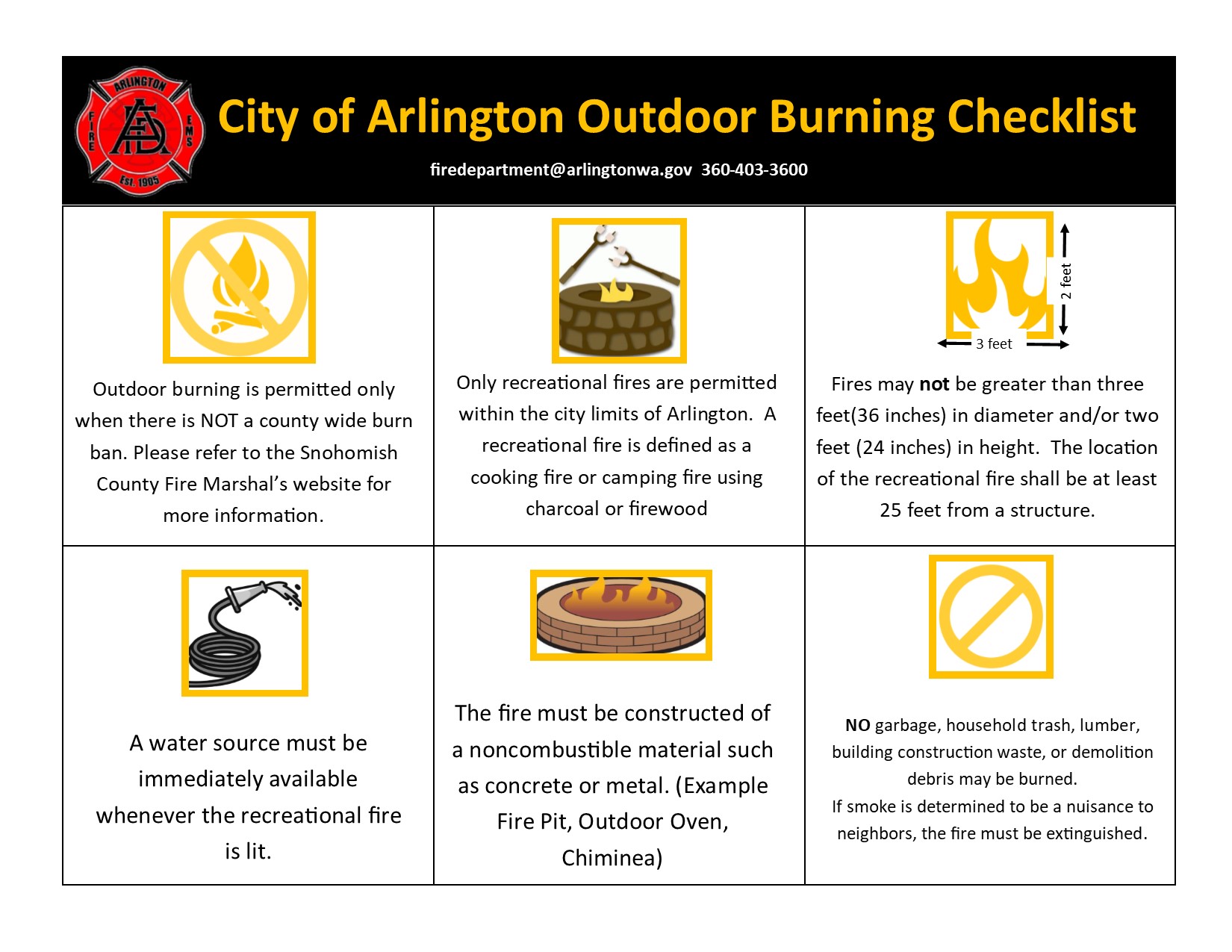 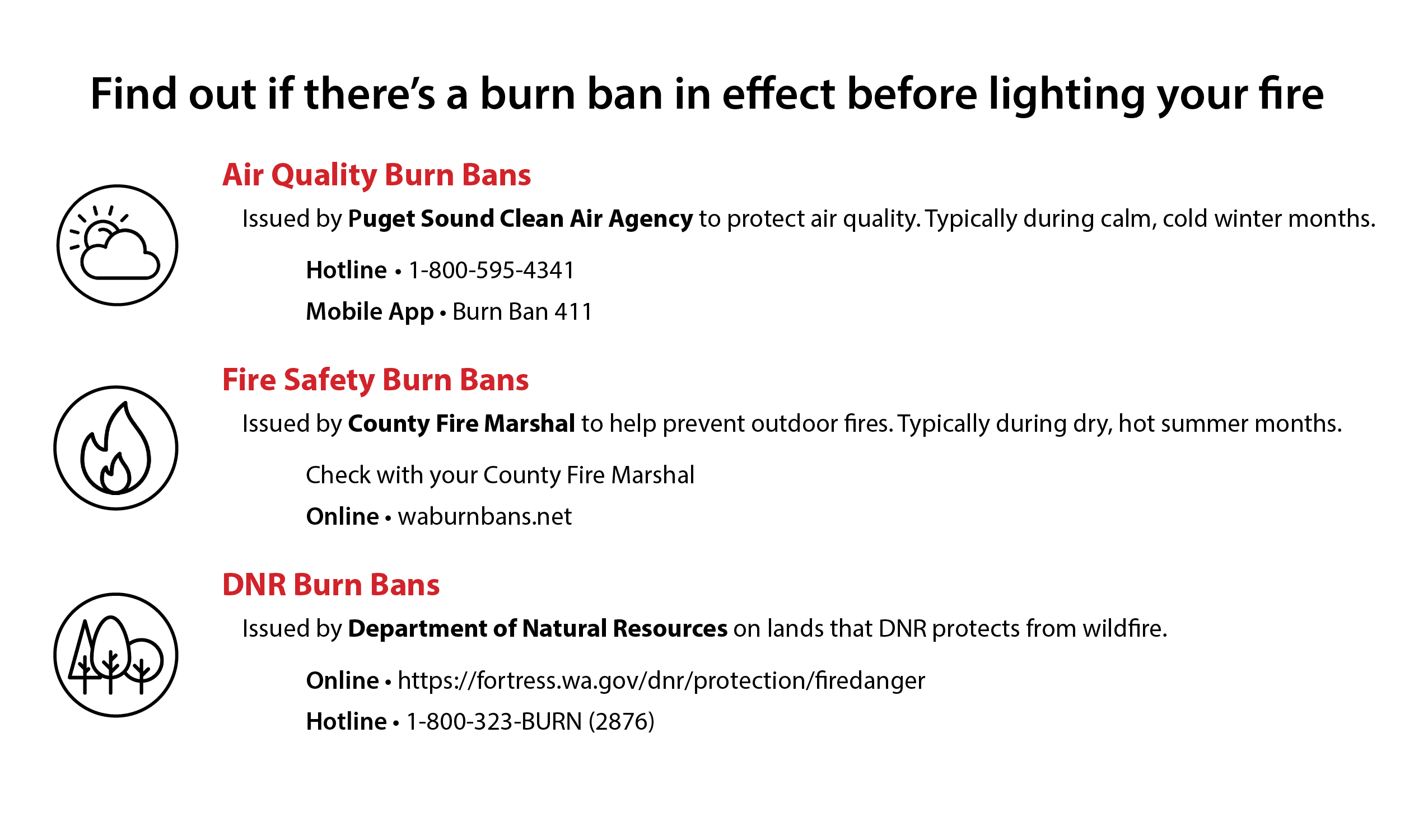